A company crashed 2 trains as a publicity stunt, and killed 3 people!

An agent for the Missouri-Kansas-Texas Railroad named William George Crush, noted in 1896 that train crashes attracted large crowds. He had the idea to set up a pre-planned train crash as a stunt, and he convinced his bosses to go along. 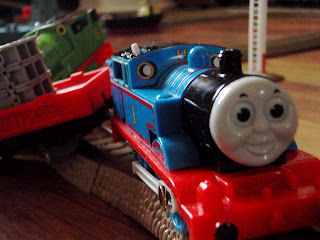 The railroad company set up a fake town near Waco, TX appropriately called "Crash." On the date of the crash, 40,000 people showed up. They placed two locomotives on opposite ends of a 4 mile track and set them on a 45mph collision course.
When the locomotives crashed into each other, their boilers exploded. The explosion and fire killed 3 people and injured many more! William George Crush was fired on the spot, but was rehired the next day when they noticed there wasn't a lot of negative publicity from one of the deadliest publicity stunts in history.
(Source)
Posted by FactsCollector at 21:30