A guinea pig called Sooty went missing from the farm that he lived at. The owners of the farm looked everywhere, but didn't think to look in the female pen until 2 days later. When they found him, he was asleep in a corner. 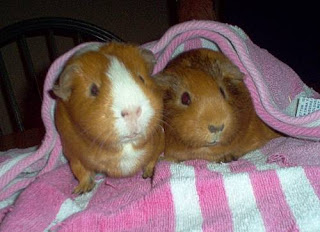 When they found him, the owners said that Sooty "was absolutely shattered - we put him back in his cage and he slept for 2 days." Later they would find the reason for his tiredness: over those 2 days he had had sex with all 24 females he was hanging out with! Over his 2 nights of steamy guinea-pig fashion, he managed to not only bag every female in town, but also fathered 42 babies.
(Source)