There was a Chinese knock-off Harry Potter sequel. It was just The Hobbit with different names! 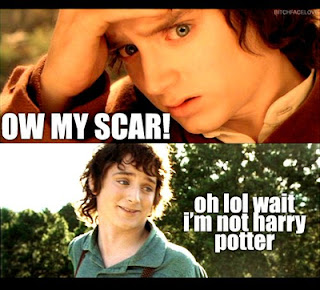 In the (seemingly) endless wait between the fourth and fifth Harry Potter books, a 'sequel' unexpectedly hit the Chinese market. Drenched by a mysterious rain, Harry Potter became small, hairy and lost all his magic powers... sounds like a Hobbit no? What's more Harry Potter finds himself journeying through the wilderness to fight an evil dragon!
As it turns out, the 'writer' of the pirate novel had just taken The Hobbit, made some alterations and changed names, and sold it as a sequel to Harry Potter! The book was quickly taken out of circulation
(Source)
Posted by FactsCollector at 21:34