The FBI spied on Einstein for 22 years! 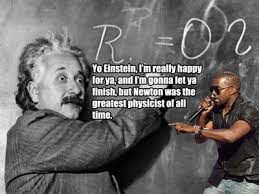 Documents released by the FBI show how the bureau spied on Einstein from the moment he arrived in the US in 1933 until 1955! Einstein left Germany in 1933 because he was horrified of the Nazi regime (even before WWII) and moved to the United States.


Nowadays we mostly remember Einstein as a genius professor. However, he dabbled in politics. Israel even offered him to become the president of the newly formed state, but he declined.
Because of this, Einstein was met with skepticism in some regards. The FBI files show that J Edgar Hoover was actively looking for any information that might uncover Einstein as a traitor or spy. The FBI tapped his phone and opened his mail through his entire stay in the US. Hoover also tried to link Einstein to a Soviet espionage ring. The phone tapping was so extensive, that the FBI reportedly tapped Einstein's secretary's nephew's house!
(Source)
Posted by FactsCollector at 20:34