The Sony Playstation was originally a joint project with Nintendo! 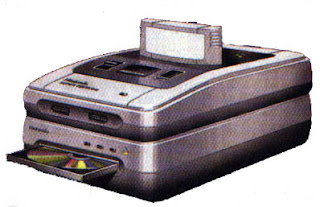 In the early 1990s, Nintendo was interested in moving away from using cartridges (remember those?) because they tended to be less durable than CD-ROMs. They approached Sony and Phillips separately to develop a CD drive for the Super NES called the SNES-CD.
When the SNES-CD was about to be revealed in a 1991 conference, Nintendo President realized that their contract with Sony gave them complete control over any and all titles written on the SNES CD-ROM format. He secretly cancelled all plans to develop with Sony and instead announced that they were partnering with Phillips to develop the attachment.
Sony, instead of just taking their loss and dropping their research, decided to use what they had developed. The end result was the Playstation. The rest is history: the Playstation went on to become of the best selling consoles ever and it dethroned Nintendo as the dominant console maker when it went head to head with the Nintendo 64.
(Source)
Posted by FactsCollector at 21:41