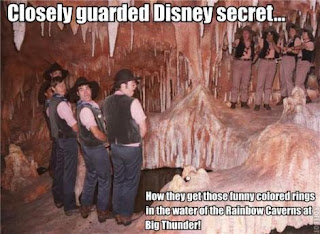 Disney has really strict dress codes for their employees. This is because they don't want to ruin the illusion of the characters being real. One of the particular quirks of this dress code is that employees were not allowed to use their own underwear while in character! This is because normal underwear tends to bunch up and bulk under the costume.
To prevent this, Disney would have a communal pool of underwear that employees had to turn in every day to be washed along with their costume! The policy was in place until 2001. We haven't been able to find what the current policy is; if you know it tell us in the comments.
(Source)