Henry Ford paid his employees 3 times as much as anyone else to boost productivity! 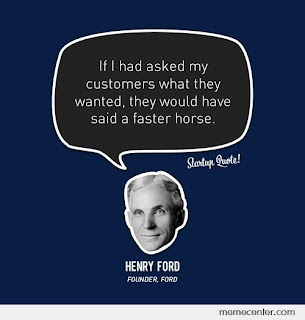 When he built the Model T, Ford's idea was that he wanted to build a car that was cheap enough that his employees would be able to buy it. At the time, most people working factory jobs made $11 a week. Ford paid his employees $5 a day.

The reason he did this was that he thought that by paying his employees that much more, he would reduce the amount of people who quit. That would let the employee get really good at what he did, since training a new worker takes so much time.

Ford's model became incredibly successful and he revolutionized not just the auto industry, but manufacturing in general. The combination of high pay, high efficiency jobs with cheap consumer goods was called Fordism and was adopted all over the world.

(Source)
Posted by FactsCollector at 04:44