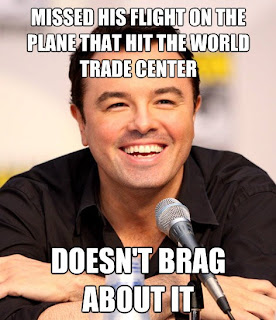 He started off in cartoon network working on Dexter's Laboratory, Cow and Chicken, I Am Weasel, and Johnny Bravo. He was the most involved with Johny Bravo, because of how easy it was for him to develop his own style. He also did some freelance for Walt Disney writing for the TV shows “Jungle Cubs” and “Ace Ventura: Pet Detective”.

When executives at Fox saw his work, they were immediately interested. They gave him a budget of $50,000 to develop an entirely new cartoon to show on prime-time. They loved the story of Family Guy and they’ve kept him ever since January 1999.

(Source)
Posted by FactsCollector at 04:10